2 Chainz teases “So Help Me God,” an upcoming Kanye West-produced album, and the Lil Wayne-assisted “ColleGrove 2.”

2 Chainz is ready to drop off a new album in So Help Me God, though he has yet to confirm a concrete release date. And though he has been liberally teasing bangers from the upcoming drop — not to mention some involvement from Kanye West — the Atlanta rapper has been keeping relatively tight-lipped about what fans can expect.

Speaking with Complex, he did reveal that Kanye West originally wanted to produce the album in its entirety, though label issues rendered that an impossible task.  “He wanted to do the whole project, but I’m dealing with trying to get out of my contract with Def Jam,” confirms 2 Chainz, addressing Kanye West’s involvement in the upcoming So Help Me God album. “He’s been someone that’s been loudly voicing contracts and things of that nature. He’s still going to produce an album for me, and we’re still going back and forth, but it’s just the time of me wanting to put it out and be done, because he has a thousand things going on in his place.”

“He has something to do with this project, but I don’t want to spoil that alert,” continues 2 Chainz. “Originally, he’s been talking about doing every song. We just have to come up with something that works for both of us, because his time and my time is just different. But let it be known that it’s going to happen, whether it’s this next project or the one after. It’s a whole Tity Boi and Kanye West project, produced by Kanye. Let’s just say that.”

And that’s not all 2 Chainz has in the pipeline, as the Lil Wayne-assisted ColleGrove 2 remains on the horizon. “We was going to drop my solo album and ColleGrove 2 this year,” he confirms. “I’m not going to say it’s not going to happen, but we’re still trying to go back. That project is almost done. We might have to do one or two more songs. But we have been actively working on that project the whole COVID.”

“Me and Wayne, we have tons of fun,” he  Steel sharpens steel. It’s this friendly competition. It’s to stay up on your toes. It’s a slaying war, a delivery war. It’s just so fun. So be looking out for ColleGrove, if not the end of this year, definitely the top of next year.”

Check out the full interview right here, courtesy of Complex. Are you excited for some new 2 Chainz music? 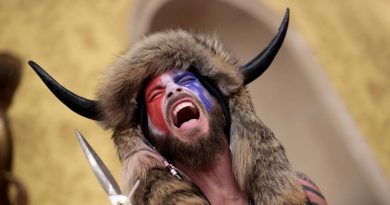