50 Cent emphasizes his Trump endorsement and jokes that he doesn’t want to become “20 Cent” with Biden’s proposed tax plan.

50 Cent shocked his fans by announcing that he was endorsing Donald Trump for President in the upcoming election. His reason was simple: as part of Biden’s proposed tax plan for the extremely wealthy, which would hike taxes 62% percent in California and New York for people making over $400,000 per year, he would lose a lot of money. For that alone, he has decided to vote for Trump.

The announcement was surprising, especially considering the things Fif has said about Trump in the past. As recently as this year, 50 criticized the President’s response to the COVID-19 outbreak, saying, “You wanted a reality show host as president, well now you’re on Survivor.”

Tomi Lahren, Candace Owens, and other divisive right-wing commentators have accepted 50 Cent as one of their own and, after a night’s worth of backlash, the rap legend is hammering home his endorsement after making it onto Fox News.

A Trump staffer, Katrina Pierson, joked about Fif’s endorsement by replying to a HotNewHipHop tweet about the matter, saying, “I guess 50 cent don’t want to end up 20 cent.” While there is comedy in her post, it’s the exact reason why Fiddy decided to vote for Trump. He explained as much in his latest post.

What do you think of 50 Cent’s endorsement of Donald Trump? Are you surprised? 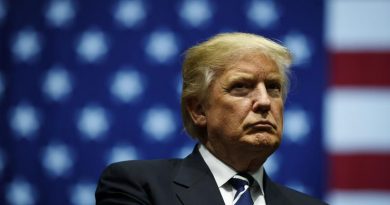