He tweeted that beefs need to stop happening over women, but Banks says rappers should “just stop being uneducated drug addicts & killing each other.”

Recently, Lil Baby had a few words about people getting into arguments over women, but Azealia Banks has a different take. “We gotta stop letting these females be the reason behind the beef !” Lil Baby tweeted over the weekend. The comment was met with polarizing responses, and one came from Asian Doll who said that men are often the ones who act dramatically.

She’s not one to mince words and Azealia Banks unleashed a scathing take on Lil Baby’s tweet. “Or just stop being uneducated drug addicts and killing each other like f*cking rabid monkeys….. That is also an option ya know,” she wrote.

“Lol, it is literally SO EASY for black men to simply stop killing one another… Like why is this rocket science,” she continued in another Instagram Story slide. “Just act like the Jews and simply – not kill or harm one another off the strength that you are the chosen people. Have fun making jokes, talking sh*t and doing business with one another , but just literally.”

“Do not harm one another,” Azealia said. “This is not women’s fault. I promise it’s your own stupidity… ‘These females,’ Lmfao When will these rap n*ggas read a book and have a salad?” Check it all out below and let us know what you think of Azealia Banks’s retort. 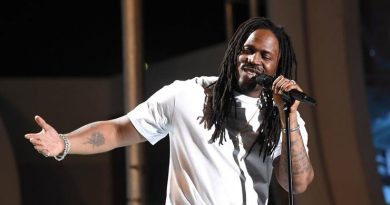 D Smoke Is Unfazed By Those Doubting His Grammy Nom