This is the first time the Beastie Boys have ever licensed their music for an advertisement.

When you think about some of the most iconic groups in the history of music, the Beastie Boys are certainly up there. A few years ago, one of their beloved members, Adam Yauch, passed away and when he died, he asked that the band’s music never be used to promote products in advertisements. Now, however, due to just how high the stakes are in this election, the band has decided to go ahead and license the song “Sabotage” to the Joe Biden Presidential Campaign. Of course, Biden is more of a politician than a product, so it’s easy to see why this decision could have been made.

As for the ad the song is featured in, well, it’s certainly something that would be close to the hearts of those in the group. In the advertisement below, we get a look at a bar called the Blind Pig which is a venue that has played host to some massive musicians in their formative years. According to the establishment’s co-owner, COVID-19 has shut the place down and it’s now in jeopardy of going out of business. The ad explains why Donald Trump’s COVID response has been poor, and why someone new needs to take office.

“Everywhere I go, people have a story about the Blind Pig,” Blind Pig co-owner, Joe Malcoun said. “The Blind Pig has been one of those clubs that attract artists from all genres. For 50 years, the Blind Pig has been open and crowded, but right now, it’s an empty room. This is the reality of Trump’s Covid response. We don’t know how much longer we can survive without any revenue. A lot of restaurants and bars that have been mainstays for years will not make it through this. This is Donald Trump’s economy: There is no plan and you don’t know how to go forward. It makes me so angry. My only hope for my family and for this business and my community is that Joe Biden wins this election.”

This advertisement has already started airing in Michigan, as the Democrats look to reclaim the state after losing it in 2016. With the election just a few weeks away, we will certainly be seeing more ads like this, in the future. 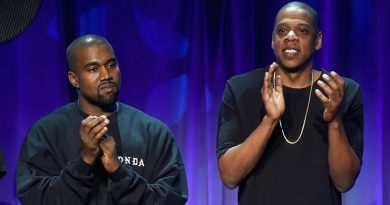