Coi Leray defended her boyfriend Pressa after fans said he looks like a girl, which Blueface seemingly agrees with.

Coi Leray and Pressa have been showing off their love on social media, displaying all kinds of PDA after it was revealed that the “Attachments” collaborators started dating. As the rest of the world gets caught up on who Pressa is, the Toronto rapper continues to be the butt of the joke with fans claiming that they thought he was a girl at first.

Some of the most popular comments on Coi’s posts with Pressa are from dumbfounded fans who seemingly can’t believe that Pressa is a man. People are saying that because of the rapper’s feminine facial features, they were convinced that Coi was experimenting with another girl. Apparently, her ex-fling Blueface agrees with the majority of trolls making fun of Pressa, tweeting a subliminally-charged message that some believe is targeted toward Coi’s new man.

Coi and Blueface were previously romantically linked for a little while. Blue appeared to voice his thoughts on her new boyfriend, tweeting, “Dat n***a look like a bitch.” After fans realized he was probably talking about Pressa, the LA-based rapper added, “Y’all reachin smh I’m not talm bout that.”

Despite his explanation, people are still under the impression that he was talking about Pressa. What do you think? Was he throwing shade at his ex’s new man? Check out Coi and Pressa’s latest posts. 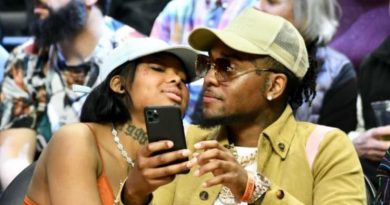