On-demand streams of Bobby Shmurda’s catalog have surged 624% following his release from prison on Tuesday morning.

Since Bobby Shmurda’s long-awaited release from prison earlier this week, the culture has been a joyous, celebratory state. The Brooklyn rapper spent the last six years of his life behind bars due to gang charges, and after years of speculation that he may be granted early parole, Bobby Shmurda was finally released from prison on Tuesday morning. Now, the “Hot N****” rapper is enjoying life as a free man and easing back into the public eye.

According to breaking news from today, it looks like Bobby has yet another reason to celebrate. As previously reported by Billboard, the recently freed rapper’s streams have experienced a massive spike following his release from prison. According to MRC Data, on-demand streams of Bobby Shmurda’s entire catalog, in the United States alone, are up 624% since his homecoming on February 23.

Considering the hype and anticipation for the Shmurda She Wrote rapper’s release, it’s not at all surprising that the rapper’s streams have increased so drastically. With a surge of this magnitude, now definitely seems like the perfect opportunity for Bobby to drop new music.

As we’ve reported on time and time again, numbers don’t lie, so this streaming surge definitely proves that the Brooklyn artist is one of the most pressing rappers out right now. What Bobby Shmurda songs have you been bumping since his release on Tuesday? 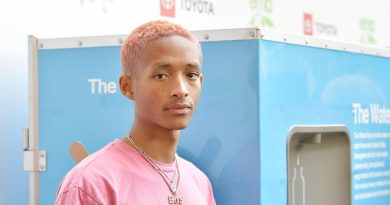 LeBron James’ “The Decision” Mastermind Reveals Where Idea Came From