Bobby Shmurda was released from prison shortly after 8:30 AM on Tuesday morning.

After spending years behind bars, Bobby Shmurda was reportedly released from prison shortly after 8:30 AM EST on Tuesday morning. His release happens ten months before he was due to get out, making for a sweet moment for the star rapper, who has been patiently awaiting his time. Shmurda will reportedly be under parole supervision for the next five years until 2026.

His release was reportedly due to the prison’s Time Allowance Committee, which reviewed his behavior and granted him freedom early.

The New York rapper, known for his hit songs “Hot N***a” and “Bobby B*tch”, was sentenced to seven years following his involvement in the GS9 gang takedown. One of the most well-respected rappers from his city, Bobby’s momentum was stunted after he heroically took a harsher sentence in order for his partner, the recently-freed Rowdy Rebel, to get several years taken off his own sentence. They’re both free now, marking a celebratory moment for all of their fans, their family, and loved ones.

Migos rapper Quavo exclusively told Billboard that he would personally be flying to New York to pick up the artist from prison. We’ll wait for videos and photos of their reunion on social media.

Welcome home, Bobby! Who’s ready for that “First Day Out”? 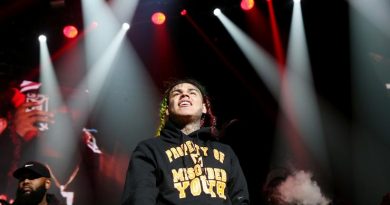