The Bucks defeated the Nets in a Game 7 overtime matchup that came down to the wire.

The Milwaukee Bucks upset the Brooklyn Nets in Game 7 of the Eastern Conference Semifinals 115-111, Saturday night, despite a monster performance from Kevin Durant. The game went into overtime after a deep turnaround 2-pointer from the Nets’ star which tied the game with one second left.

Nets head coach Steve Nash told reporters, after the game, that his team gave everything they had.

“It’s just an unbelievable effort, they gave us everything they had,” Nash said. “[We faced] so much adversity this year. [It was our] first year together, so many changes to the roster, so many injuries, COVID protocols, they couldn’t have given us anything more. To take that team, without [Kyrie Irving] and James [Harden] on one leg out there doing anything he can to help his teammates … I don’t know what more Kevin could do. It’s just out of this world.”

The Bucks were led by Giannis Antetokounmpo, who finished with 40 points and 13 rebounds. Kris Middleton added 23 points and 10 rebounds.

“You’ve got to give credit to the Milwaukee Bucks who are a great, great team and have a chance to win a championship,” Durant said after the loss. “The story should be about them.”

The Bucks will face the winner of the 76ers and Hawks’ Game 7 matchup, which tips off Sunday at 8:00 PM, ET. 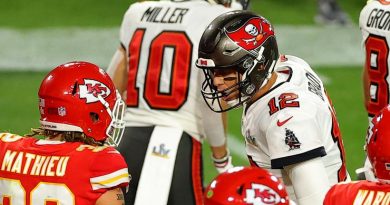