Crunchy Black of Three 6 Mafia sends a harsh message to Tory Lanez, making it clear that he still rides for Megan Thee Stallion.

Academy Award winner and member of the legendary Three 6 Mafia Crunchy Black has been making headlines of late, largely in part to a still-ongoing multi-part interview with DJ Vlad. Never one to pull punches or filter his true feelings, as evidenced by his recent assessment of Saweetie, Crunchy once again found himself swept into the conversation surrounding the ongoing legal case between Tory Lanez and Megan The Stallion.

Adamantly maintaining that Tory Lanez indeed shot Megan, DJ Vlad once again voiced his belief that Tory would end up in jail for his alleged involvement. He also revealed that an irate Tory actually hit his DMs afterward, prompting Vlad to sound off on the melodically-inclined rapper. It should be noted that Crunchy Black has previously voiced his displeasure with Tory Lanez in the past, having deemed him a “sucka” in another Vlad TV interview last October.

This time, Crunchy has a more direct message for Tory. “I saw the little video trying to act like he won the case,” he begins. “But we know, just as well as you know, Mr. Tory Lanez. I heard in the song, he said ‘I don’t give a fu*k if you like me or not.’ And I felt like he was talking to me. Well, I’m talking to you, Tory Lanez. I don’t give a fu*k if you don’t like me. I don’t do sweetheart rapping. I’m not going to tell a bitch I love her when I really don’t. All that sweetheart shit you doing — fu*k him! I fu*k with Megan Thee Stallion, and I mean that.”

“I’m not going to cop out like ‘maybe she was lying,’ or none of that cause she was telling the truth,” he continues. “Fu*k you, n***a. I will never need you to sing on a song for me. Unless Juicy J or DJ Paul call you, and put me on the song. Fu*k you, you lame as fu*k.” Vlad proceeds to dub the Canadian rapper “Tory Lamez,” prompting a hearty chuckle from Crunchy. “That’s a good one,” he laughs, before signing off with a truly x-rated final statement on the matter.

Check out Crunchy Black’s harsh words for Tory Lanez below, as seen on Vlad TV. As for the ongoing legal situation between Tory Lanez and Megan Thee Stallion, we’ll be sure to keep you posted on developments as they unfold. 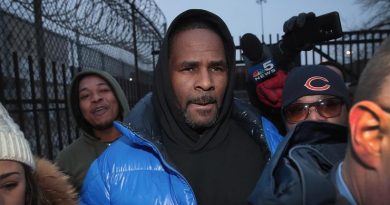 DJ Khaled Gets Ambushed By Twerking Woman On His Instagram Live