Crunchy Black had some harsh words for Tory Lanez when asked about the shooting incident with Megan Thee Stallion.

Crunchy Black said Tory Lanez “ain’t shit,” when asked for his take on the rapper’s situation with Megan Thee Stallion.

“I don’t give a fuck about Tory Lanez, he ain’t shit,” Crunchy said on VladTV. “I fuck with Megan Thee Stallion all the motherfuckin way.

DJ Vlad responded by saying he still needs to hear the full story before he forms an opinion.

According to Megan, Lanez shot her during an argument. She explained on Instagram Live a few weeks afterward saying, “It’s only four motherfuckers in the car. Me, you, my homegirl, and your security. Everybody in the car arguing. I’m in the front seat, this n*gga in the backseat. I get out the car, I’m done arguing. I don’t wanna argue no more. I get out. I’m walking away. This n*gga, from out the backseat of the car, started shooting me. You shot me. I ain’t get cut by no glass, but let me tell you why they saying that.” 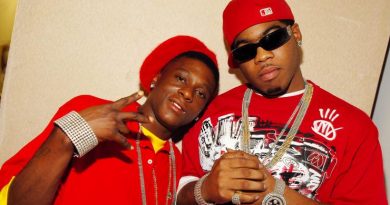