Rahul Dubey was at home when cornered protesters banged on his door for refuge after being tear-gassed and pepper-sprayed by police.

A Washington, D.C. resident is being hailed after he opened his home to approximately 70 people who were reportedly cornered by police. D.C. enacted a 7:00 p.m. curfew to offset protests and riots in the area. A hoard of people, some who were trying to make their way home and others who remained defiant against the curfew, found themselves surrounded and “corralled by police in a one-way block,” according to the DCist. Then, officers launched an attack of pepper spray and tear gas on the protesters who had nowhere to run.

Rahul Dubey lives on the block and was at home minding his business when his evening was disrupted. “I heard ‘bang bang’ and a lot of thumping and pepper spray everywhere, my eyes started burning, people screaming, and a human tsunami coming down the street, of piles on top of people,” said Rahul Dubey. “I flung open this door. I was like, ‘Come in, get in the house. Get in the house.’ The police were running after these 20-and-30-year-olds and grabbing them. They’re tripping, coughing. And I was pulling them into the house.”

Dubey claimed that he attempted to speak with police, alerting them that he had up to 70 people in his house that were terrified, but he was yelled at and told to get inside. Later, police knocked on his door and asked for people to exit with a promise that they wouldn’t be arrested. “We weren’t budging, because there’s 90 cops with batons and shields, and you just attacked us right? And we’re going to send people out?”

He wasn’t the only person to open up his home, as many of his neighbors gave shelter to ailing protesters looking for refuge. As the crowd thinned, officers reportedly stood outside for hours waiting for people to make their exit. Metropolitan Police Chief Peter Newsham stated that there was violence escalating in the area, and some of those suspects responsible may have been hiding out in one of the homes that were opened for protesters.

“We have somebody breaking the law in a large group we try and get them arrested as safely and quickly as we can,” Newsham said. 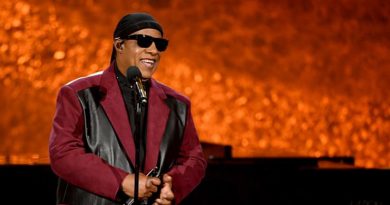