A young fan was able to snag a moment with the Rap star while news of a “Certified Lover Boy” truck making its way to L.A. surfaces.

Never let anyone tell you that Drake doesn’t love the kids. As a man on the move, Drake is often stopped by screaming fans, and groupies, trying to get a moment with the Rap star. Drizzy is often flanked by security as he travels, but every now and then he takes a moment to pose for a few photos and sign autographs.

Not many can get close enough to the rapper to have a one-on-one moment, but a lucky mom and her young daughter did just that.

In a recent clip that surfaced online, Drake is seen quickly making his way out of a hotel with his entourage by his side. His awaiting vehicle is ready for takeoff, but the mother filming can be heard cautiously asking Drake to sign an autograph for her daughter. It’s obvious that they were waiting for him to make his exit because they have a vinyl of his 2016, No. 1 album Views in hand.

The little girl looked to be about Drake’s son’s age so he patiently took a moment to ink a special message on the record. He asked the little girl what her name was but her mother quickly answered, “America.” This unforgettable interaction will surely be talked about around the dinner table for some time.

Meanwhile, big moves are being made from Drake’s camp because the Certified Lover Boy truck was reportedly spotted making its way to Los Angeles. The countdown begins. Check it out below.

Asian Doll Is Getting King Von Tatted On Her Face 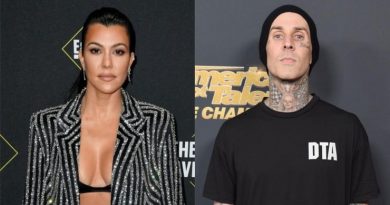