He spoke directly to “p*ssy” rappers who have their “guns in the video” but can’t take comments from the public.

In recent years, there have been increasing discussions about the importance of taking care of one’s mental health. We’ve seen a rising number of rappers addressing this issue, especially considering that the Hip Hop community isn’t known for encouraging artists to seek treatment, therapy, or practice self-care. Wale, Big Sean, Chika, and many others have used their platforms to have transparent discussions of their struggles and healing, and one way that several entertainers are controlling their personal spaces on social media is by limiting or shutting off their comments.

Yet, Funk Flex thinks that rappers shouldn’t act one way online but then shut people out from responding. Taking a break from the ongoing remarks from strangers is one thing, but Flex believes if a rapper is spitting hard bars and acting tough online, they should make sure they’re open to social media criticisms.

“You know what’s the most disgusting part about a rapper?” Funk Flex said on a recent episode of Cigar Talk. “A rapper that turns his comments off is a p*ssy. He’s f*cking p*ssy. You’re on your phone all day talking tough, you writing your bars, you putting out your mixtape, you’ve got your guns in the video and you turn off your comments, you p*ssy… What kind of banana sh*t is that?”

“Yo, I wanna talk to rappers,” Flex began as he shifted his attention to the camera. “I’mma tell you somethin’. I’mma tell you about yourself, that you turn your comments off, you p*ssy. You go to your phone, you go to the post, you see a few comments you don’t like. You go, ‘That’s not true. He supposed to be my man, how dare he say that. I’mma go to the settings, I’mma turn my comments off.’”

“A rapper really does that! Man, and you want respect?!” Do you agree with Flex? Is it a big deal if rappers shut down their comments? Check out the clip of funk Flex below. 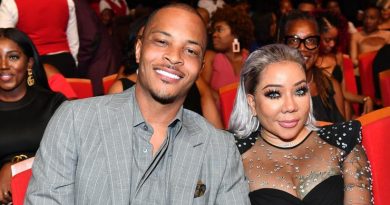