Future recently honored the mothers of his children and Masika Kalysha commented on the news that a DNA test proved that he is the father to Eliza Reign’s daughter.

A playful jab made by Masika Kalysha wasn’t well-received by Future. The rapper has often been the punchline of jokes as it pertains to the host of mothers of his children, and things have intensified over the last few months. Future stood accused of fathering two more babies with two women, and while one case has quietly drifted from the spotlight, his ongoing tit-for-tat with Eliza Reign has been a staple in headlines. In honor of Mother’s Day, Future tweeted out personal messages to his kids’ moms, aside from the latest two. On Monday, news began to circulate that a DNA test reportedly proves that Future is the father of Eliza Reign’s daughter, and Masika commented on the revelation.

“Gone head n send that Happy belated Mother’s Day tweet sent to the fleet,” Masika Kalysha wrote, ending her brief comment with a shrug emoji. The father of Masika’s daughter is Fetty Wap, a rapper who is also known for having multiple children with various women. Future saw the  model and reality star’s message and didn’t appreciate her commenting on his personal life, especially because they’re acquainted.

“U kno me in real life,” he responded. “Find someone else to comment on!” When The Shade Room shared their exchange, Masika Kalysha had one last thing to say about Future’s response: “Unfortunately.” Check it out below. 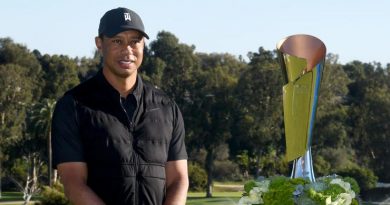