Fans get a glimpse at the production of “The Little Mermaid Live!”

In 2019, Halle Bailey announced that her Disney dreams came true, after being chosen to portray the first Black Ariel. One half of the sister duo Chloe x Halle was showered with high praise from Donald Glover and Tina Knowles for landing the role.

Social media wasn’t as friendly to the Grown-ish star, who dealt with vicious haters and racist backlash — some even creating the “#notmyariel” hashtag in response to her announcement.

Halle handled the hate with elegance, telling Vanity Fair, “I’m just grateful and I don’t pay attention to the negativity. I just feel like this role is something bigger than me and greater and it’s gonna be beautiful. I’m just so excited to be apart of it.”

Talk of the movie disappeared when the start of production was delayed by COVID-19. Almost two years after her initial July 2019 announcement, photographers have been able to capture a glimpse of what’s happening on set.

On the beaches of Italy, Halle and her costar Jonah Hauer-King were seen laying out, recreating iconic beach scenes from Ariel. Halle was not wearing the typical shell-bra costume, but instead a blue bodysuit and black exaggerated tail. Instead of the cartoon Ariel’s bright red hair, Halle wore a natural-looking copper-toned wig.

The actress and actor appear to have great chemistry, smiling and embracing between scenes while chatting with the film crew. The Little Mermaid Live! still has not been given an official release date but is expected sometime next year. 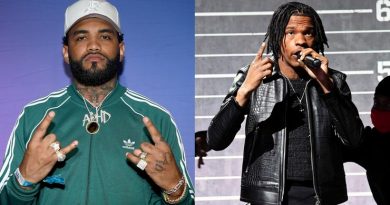