The D.A. claims Honeykomb Brazy was involved in a shootout in Montgomery, AL days before his grandparents’ funeral.

Honeykomb Brazy is facing gun and drug charges after he was arrested for probation violation earlier on Monday morning. Per Fox10, the rapper was taken into custody on an outstanding warrant for violating his conditions in connection to a shootout in Montgomery, AL.

Police said the shootout took place two days before the rapper was heading back to his hometown of Mobile, AL for his grandparents’ funeral who died in a house fire in February. The District Attorney claims that the rapper’s crew and a rival crew got into a shootout outside of a barbershop in Montgomery. Alleged footage of the incident reveals a car rolling up on the rapper and his associates and began firing their guns. Brazy allegedly returned fire.

The District Attorney is seeking the judge’s approval to revoke Honeykomb Brazy’s probation with the new set of evidence surrounding the charges he faces. The D.A. also wants his probation to be rescinded for not reporting to his probation officer and leaving the state without permission.

A member of Brazy’s team shared a statement from the rapper through his Instagram page asking for “the best lawyer,” and offering an explanation to his arrest.

“They brung up charges from 2016 n they ain’t start targeting me like this until my grandparents got killed[.] My probation officer try to make me report the day b4 the funeral I felt disrespected because I just saw him 2 days be n when I left 6 police cars pulled me over for nun… That was on my bday Feb. 23 the funeral was Feb 26 he tries to make come back Feb 25 like I was going threw so much n I was feeling like they was trying to plant some on me.”

Willow Smith Felt “Shunned” By Black Community For Being Different 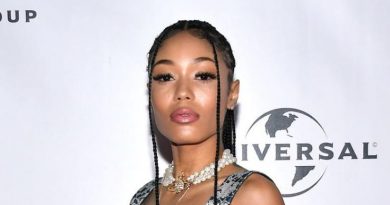 Coi Leray Changes Her Tune About Benzino: “I Love My Dad”