Howard Stern is under fire after a skit from 1993 in which he did blackface and used the N-word to mock Ted Danson resurfaced recently.

Howard Stern is the latest white celebrity to be called out for his past use of blackface, and in his case, he really talked the talk. An old clip from Howard’s 1993 “New Year’s Rotten Eve Pageant” resurfaced this week, which shows the radio host’s face painted black with exaggerated white lips. In the skit—which appears to be a spoof of Ted Danson’s notorious performance in blackface from earlier that year as then-girlfriend Whoopi Goldberg laughed along—Howard and his co-star play Ted and Whoopi, respectively. Howard makes a series of jokes, the punchline for each of them always including N-word, while he insists that it’s okay because “Whoopi wrote it.”

The purpose of the skit seemed to be to mock Ted for trying to justify his actions in the original performance because Whoopi had given him the green light, but by doing so, Howard ended up engaging in the same behaviour he was trying to denounce. The video was originally posted by controversial filmmaker Tariq Nasheed, and made waves among the right-wing crowd, who took pleasure in seeing the anti-Trump host be exposed for racism. The clip was even retweeted by Donald Trump Jr.

Howard’s longtime employee Steve Grillo, who worked on the special, responded to the circulating video, insisting that Howard never uses this language off the air. He explained that, because the special aired on pay-per-view, they thought, “We’ve got the whole world watching—let’s push the limits. The leash was off and they were going to be rabid dogs.” 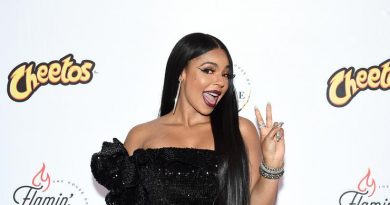 Ashanti Confirms That She Is Finally Covid-19 Free

Alex Rodriguez Reveals His Wedding With J. Lo Is On Pause Due To Coronavirus