J. Cole confirms that “The Off-Season” will be dropping on Friday, May 14th, sharing the album cover on Twitter.

J. Cole’s The Off-Season album will officially be arriving on Friday, May 14th. Shortly after the date was teased by his Dreamville labelmate Bas, Cole himself took to Twitter to confirm the release date, sharing the album cover in the process.

“Just know this was years in the making,” he writes. “My new album The Off-Season available everywhere 5/14.” Check out the majestic and slightly foreboding album cover, which finds Cole standing in the foreground as a basketball net burns behind him, below.

The rapper officially made the big reveal after yet another hype-inducing tweet, catching attention with a tone-setting: “Is this thing on.” It’s as of yet unclear as to whether or not The Off-Season will follow the expected tradition of “no features,” but many are certainly eager to find out. Generally, Cole tends to tackle the bulk of the production himself, but it’s feeling like his frequent collaborator T-Minus is destined to be involved to some degree. Expect further details on the tracklist to surface in the coming days, provided Cole maintains this streak of generosity.

Suffice it to say, it’s starting to feel like an exciting time in hip-hop, especially given that Kendrick Lamar and Drake are both due for releases in the near future as well. Share your thoughts on J. Cole’s latest Off-Season reveal now, and sound off if you’re excited to see this one arriving in full on Friday, May 14th. 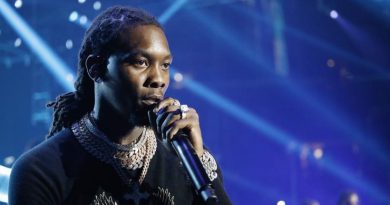 Young Buck’s Girlfriend Arrested For Reportedly Shooting At Him