America hasn’t received any official word regarding who will be the 46th President of the United States, but former Vice President Joe Biden is confident that the Democrats will prevail. Due to the unprecedented amount of mail-in votes for this election because of the COVID-19 pandemic, swing states are taking their time in making sure that every vote is counted. President Donald Trump hasn’t been a fan of mail-in votes and for months, he’s urged his supporters to show up at the polls on election day (November 3). The mail-in votes have increased Biden’s lead in states like Georgia and Pennsylvania, and Trump isn’t happy to see those red ticks turn blue.

In yet another speech to the American people on Friday (November 6), Biden addressed the lengthy voting process. “We don’t have a final declaration of victory yet, but the numbers tell a clear and convincing story: We are going to win this race,” he said. “I know watching these vote tallies on TV move very slow, and as slow as it goes it can be numbing, but never forget, the tallies aren’t just numbers. They represent votes and voters, men and women who exercise their fundamental right to be heard.”

“The work of the nation isn’t to fan the flames of conflict in order to solve problems, to guarantee justice, to give everybody a fair shot to improve the lives of our people,” he added. “We may be opponents, but we are not enemies.”

President Trump has taken to Twitter to complain about this election process. He and his supporters have accused the Democrats of “stealing” the election by continuing to count votes after the polls have closed. This is something that regularly occurs in every election but it’s widely unreported because often, margins are wide and the loser concedes on election night. Watch Biden’s address below.

Joe Biden addressed the nation on Friday, saying that the vote tallies were an indication that he is “going to win this race,” and he called for an end to anger and partisanship as the U.S. faces challenges ahead. 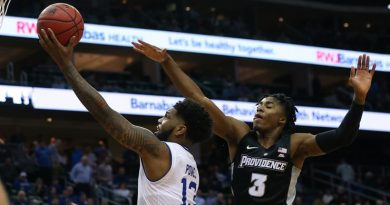