Kendrick Lamar’s “DAMN” continues to be a mainstay on the Billboard 200 charts, where it has remained since its release.

Sometimes, an album simply has staying power. A refreshing quality in this era of instant gratification, during which projects are churned out at a breakneck pace. It’s part of the reason why Kendrick Lamar is widely regarded as a generational talent, an artist capable of penning challenging prose while shaping and steering the cultural sound. While many fans are eagerly awaiting the release of his new album, it’s clear that DAMN has yet to fade from the public’s consciousness.

So much so that it has been a mainstay on the Billboard 200 charts for a staggering two hundred consecutive weeks, as reported by HipHopDX. That means it has been present since its release in April 2017, climbing up and down throughout the years but never enough to leave entirely. Should it remain on the Top 200 for another five weeks, Kendrick’s DAMN will have officially spent four years straight on the charts. It’s no wonder that Kenny has opted to take his time in releasing a new album — though it’s likely his next project will quickly make itself at home on the charts upon its eventual release.

Though the debate about Kendrick’s best album will forever rage on, it’s evident that DAMN will have amassed a sizable group of supporters in the years since it has been released. After all, the project did earn Kendrick his first Pulitzer Prize, an honor that speaks to his incredible songwriting acumen. Clearly, even the most challenging lyricism can find commercial success — look no further than the success of DAMN, still going strong after all these years. 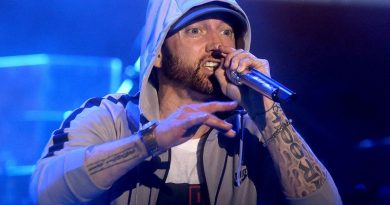 DaniLeigh Addresses DaBaby Quarantine Rumors: “It Is What It Is”