He recently shared that he wished the group would be “respected in the Rap world more” and treated like “true MCs.”

Earlier this year, BROCKHAMPTON released their second-to-final album, Roadrunner: New Light, New Machine, that came complete with features from artists like ASAP Rocky and Danny Brown. The Hip Hop collective is one of few of its kind in the industry, and as they prepare for the release of their last record together, Kevin Abstract caught up with GQ and spoke about his feelings regarding the respect they’ve received in the Rap industry.

During the discussion, there was an emphasis placed on BROCKHAMPTON’s initial desire to redefine how music lovers—and beyond—viewed the concept of “boy bands.” As they’ve all grown and matured they’ve edged away from that, but the lingering effects seem to have pigeonholed them into a specific category.

“My goal for us was to be a Rap group who called themselves a boy band,” Abstract said, admitting that his vision may have backfired. “But now a lot of Rap fans look at us like a boy band—or like soft music—so they write us off. We’re always overlooked in that way. And I want to be respected in the Rap world more, ’cause that’s the sh*t I listen to. It’s made me feel like, ‘Damn, people still don’t really view us as true MCs. True rappers.'”

The group will be in the studio for the next few months ironing out their final record, a project that is slated to arrive before year’s end. “Everybody’s given their life for the last 10 years,” says BROCKHAMPTON’s Romil Hemnani. “And at a certain point, people deserve to give their lives to themselves. So it feels like it’s time to let everyone just spread their wings and do the things that they want to do.”

Do you agree with Abstract about the respect BROCKHAMPTON receives? 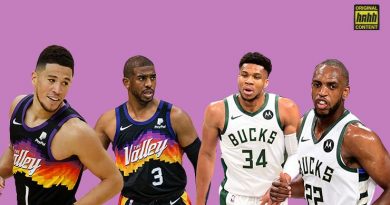 Suns Vs. Bucks Is Proof That Small Market Success Is Good For The NBA