The rapper’s manager sat down with VladTV to detail the altercation that led to both him and Von suffering from gunshot wounds.

The hip-hop world is still mourning the loss of Chicago rapper King Von. Von lost his life back in November after suffering a fatal gunshot wound outside of an Atlanta nightclub during an alleged scuffle with Quando Rondo and his crew. Track, the rapper’s manager who was also at the scene of the altercation and suffered a gunshot wound as well, recently sat down for an interview with DJ Vlad recounting the night of the deadly altercation.

After being asked by Vlad for clarity about what exactly went down outside of the nightclub, posing that someone alerted Von while he waited in a car that Quando Rondo was in the area, which Track confirms. Von then jumped out of a car and literally bumped into Rondo, setting things off. Track then goes into detail about how the altercation occurred and escalated so quickly, he didn’t even realize he had been shot.

“When I came to the car [that Von was in], we had been waiting 40 minutes. It was freezing, bro, ridiculously cold” he details, “so everyone was just like, hey bro when we going inside…so I went to the car and was like ‘aye bro, what we on we been out here for 40 minutes. He’s like ‘aiight, I’m coming we bout to go.'”

“So we’re waiting outside, chilling, smoking weed…and right when that situation happened, we was already in the process of going in, ” he explained, referring to why the surveillance footage of the altercation shows members of Von’s crew outside the club already.

“I was in the car,” he explained, “but it happened so fast that by the time Von jumped out and bumped into him, it was no time to even ‘aye, security,’ put everyone on beat, because it unraveled so quick.”

He goes on to explain how he suffered a gunshot injury to his leg and didn’t even realize he was hit because it was his first time ever experiencing it, describing the shooting as “armageddon.” Check out the full interview below and let us know down in the comments what you make of Track’s retelling. 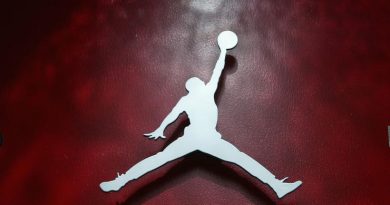