Kodak Black is trying his luck with Cardi B’s sister Hennessy Carolina despite allegedly being engaged to Mellow Rackz.

Kodak Black is allegedly engaged to rapper Mellow Rackz but he’s also looking to get some action on the side. Judging from his latest post, he’s looking to spend some alone time with Hennessy Carolina, Cardi B’s sister.

Updating his Instagram story, Kodak came through with a spicy message for the socialite. “I Wanna Eat You Till You Pass Out & Die @hennessycarolina,” he wrote on the social media platform, adding a drooling emoji for good measure. Hennessy has not responded to the message yet but we’ll keep you posted if she ever does.

This isn’t the first time that Kodak Black has shown an interest in Hennessy Carolina. In October 2018, he previously told the model that he wanted to take her out on a date. He said he was choosing Cardi’s sister “out of respect” for the rapper and her husband Offset, which must have made Hennessy feel great about herself. He also said that Kim Kardashian was his backup plan.

Do you think Kodak will get a chance with Hennessy Carolina?

Recently, Yak’s name has been all over the news about he entered a guilty plea in his well-documented sexual assault case. The rapper’s charges were diminished and he was sentenced to eighteen months of probation. He savagely reacted to the sentence on Twitter, which you can read about here. 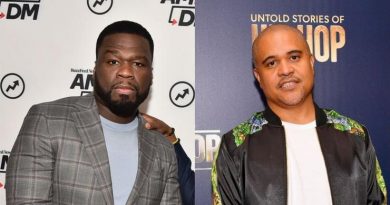