The “Montero” singer discussed his controversial single & living his best life for himself, not others.

He’s preparing for his performance on Saturday Night Live, but first, Lil Nas Xenjoying the limelight of his Entertainment Weekly feature. The singer has been a controversial hot topic after releasing his “Montero” single back in March. The song itself ruffled feathers for the more conservative audience as it references gay sex, but it was the music video that sent people over the edge.

The religious imagery and devil lapdances were intended to call forth the public’s hypocrisies, but there was such a movement against the single that Lil Nas X had to recall his “Satan Shoes” and “Montero” was pulled from streaming services. Nas X previously shared that he’d been waiting nine months to release “Montero,” and he recently told EW that he did have concerns about his heterosexual fanbase.

“At first I was really afraid of alienating any of my straight fans,” he said. “But then it was kind of like, if they feel offended, they were never really here for me. They were here for whatever version of myself they made up in their head.” The “Old Town Road” artist also spoke about his trolls, noting that when he was first gaining attention, he didn’t have time for negativity. However, he’s learned to have fun with it.

“When I first got famous, I would block everybody,” said Nas X. “But now it’s like, okay, cool. For me, I would rather somebody hate the s— out of me when they’re talking about me rather than not say anything at all, because that’s giving more power to my name… I’m very much a chaotic, good person. I almost never want to start shooting at somebody who didn’t bring it to my doorstep, you know?”

“But I kind of live for when somebody tries to get me and I’m ready to throw it back at them tenfold,” he added. “Do I feel bad about it sometimes? Every now and then, but I feel less bad knowing that I didn’t start it. I try to never throw stones, but if somebody throws one at me, I’m throwing an entire house.”

Check out a clip from Lil Nas X’s feature with Entertainment Weekly below. 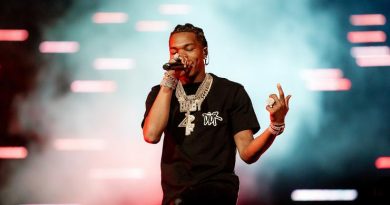