LisaRaye revealed that she was the one who was [kind of] responsible for her sister Da Brat linking up with Kaleidoscope mogul Jesseca Dupart.

After years of speculation about her sexuality, Da Brat recently confirmed that she’s in a loving relationship with her rumored fiancé, Jesseca Dupart. The Kaleidoscope mogul shared loving messages to Da Brat in celebration of the rapper’s birthday earlier this month, and soon, Da Brat was speaking openly about not sharing information about her sexuality because it wasn’t accepted early on in her career.

LisaRaye McCoy recently spoke with MadameNoire about her sister Da Brat’s romance and shared that she met Jesseca before the rapper. “She and I were doing some videos for her Kaleidoscope products because she was actually a fan. So we reenacted a Player’s Club scene and did a couple of videos together,” LisaRaye McCoy said. “So when she reached out to have my sister try her drops, then they actually made a rapport with each other and built a friendship. What came out of that is what we see on Instagram now.”

Like any sister, LisaRaye is excited to see that Da Brat has found lasting love. “I think it’s just fantastic when you can find someone and build any kind of relationship that you can build on and that can be solid enough for you to be able to be yourself, and to be able to share that with the world,” she added. “That’s awesome. People kill me when they ask, who you dating? You gonna get with this person? You married? It’s like, look, none of that will be a secret. When you’re happy, you’re happy to share that news with anybody. It’s going to show on your face, they’re going to see a ring on your finger, you’re not trying to hide that kind of happy news. So I’m glad she’s living in her truth. She like it? I love it.” 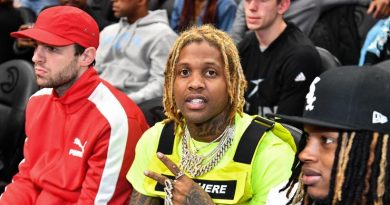 Evander Holyfield Says Fight With Mike Tyson Will Happen In 2021 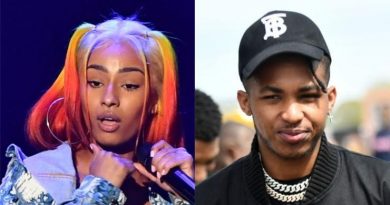