After serving 21 years behind bars, a Louisiana Parole Board voted to grant the rapper clemency.

While the hip-hop world is busy celebrating the release of New York-based rapper Bobby Shmurda, it is a bit easier for another major release to go under the radar. It has been around 21 years since No Limit Record’s member Mac was convicted of manslaughter and sentenced to 30 years in prison. Sentenced in 2001, he served the bulk of his sentence at the Elayn Hunt Correctional Center in Louisiana while maintaining his innocence, his family campaigning to re-open the investigation as he remained behind bars for many years.

The rapper 43-year-old rapper can now look forward to heading home following a Lousiana parole board’s unanimous vote to grant him clemency and subsequently release him. McKinley Phipps Jr., known as Mac by hip-hop fans, was convicted in 2001 of manslaughter in the shooting of 19-yar-old concertgoer Barron “Bookie” Victor Jr. at a nightclub in the state. His legal team battled to commute his 30-year sentence after a series of investigative reports by former Huffington Post reporter David Lohr, who exposed numerous flaws in his conviction.

The Louisiana Board of Pardons and Parole recommended Monday (February 22) that Phipps be made eligible immediately for parole and is now heading to the desk of Louisiana Gov. John Bel Edwards to approve the measure. If signed, he will then need to appear before the parole board one more time before being released.

“Today’s been a good day. It’s kind of the beginning of the road to freedom, but there’s still some more bases to go.” McKinley’s wife, Angelique Phipps, told HuffPost. “It’s a start. One step closer.”

“Not only is this amazing for us, but I believe that it also provides hope for those in comparable situations. Our goal is in sight, and we will get to the finish line,” she continued. Mac released two solo albums and one album as part of the 504 Boyz on No Limit, with his debut album Shell Shocked garnering him buzz as one of the most talented emcees on the label. 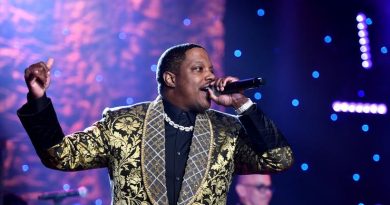