Masika Kalysha has been fired from “Double Cross” after faking her own kidnapping.

We’re not sure what was going through Masika Kalysha’s mind when she decided to fake her own kidnapping to promote her OnlyFans page and ask for tips but it’s gotten her to a point where she’s losing out on career opportunities.

As she tries to dig herself out of the hole she created for herself by faking her own kidnapping and recording a strange video to ask her fans to send her money, Masika Kalysha is being scrutinized left and right, including from the creators of Double Cross, a show that she was set to star in.

After she posted the video on social media, Masika’s line reportedly blew up as Christel Gibson, the creator of the show, pressured her into sharing a public apology. When she refused to do so, claiming that her video was important and helped to raise awareness for sex trafficking, Masika got some bad news, learning that she had been axed from Double Cross.

“In light of the offensive video posted by Masika Kalysha while on the set of our series, ‘Double Cross,’ we’ve made the decision to part ways with her immediately and will be recasting her role,” said UMC, the show’s streaming service, in a statement to The Blast. “‘Double Cross’ was created to shed light on the horrors of sex trafficking and we strongly condemn any inclination that such a serious issue should be made light of.”

As suggested in the statement, Double Cross is a show that features two sisters fighting against the sex trafficking of young girls. Masika was cast for the second season. 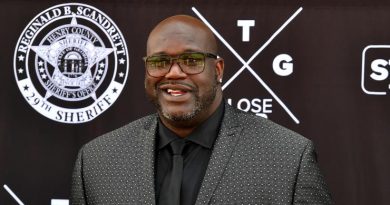