Nas taps Big Sean & Don Toliver for a highlight off of “King’s Disease” and Pharrell connects with Jay-Z for his new single.

August is truly a peculiar month to release music. The summer is just teetering towards its end while fall arrives quicker than anyone wants it to. Then again, this isn’t your regular August. A pandemic is still underway with health and government officials still butting heads over the idea of sending kids to school. And masks. Regardless of what’s happening on the outside of the world, the month remains fruitful with new releases.

This week was an interesting one. Nas’ official follow-up to 2018’s Kanye West-produced Nasir arrived. Executive produced by Hit-Boy, the production fit the aged wordsmith far more than Kanye West’s attempt at remaking “Hate Me Now.” Nas served up some grown man raps, mainly focused on his success and the women in his life, with a stacked tracklist filled with some surprise features. Of course, The Firm reunion caught everyone’s attention off the bat. But while Nas reflects on relationship woes and a playboy lifestyle throughout the project, he enlists Big Sean and Don Toliver on “Replace Me.” Don Toliver is slowly shaping up to be the go-to hook guy in the industry and this track proves exactly why. Sean and Nas dive into their soul with insightful bits on heartbreak and growth. It was only necessary we included it to this week’s “Fire Emoji” playlist.

Nas wasn’t the only legend to grace us with new music. Pharrell just blessed us with his latest song, “Entrepreneur” that came along with a powerful star-studded music video, and a verse from Hov. The pair celebrate everything Black-owned with their own gems into their successes as businessmen, though some argued it’s ill-timed and a bit preachy. You can be the judge of that yourself. Check out the latest update on our “Fire Emoji” playlist below. 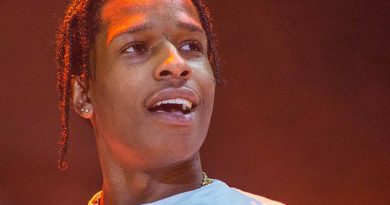