Kyrie Irving took a lot of heat for suggesting that players should boycott the season.

Kyrie Irving has been labeled a lot of things throughout his career although nothing stung more than when Adrian Wojnarowski labeled him as the “disruptor” all the way back in June after Irving suggested that the NBA should cancel the season and that players should boycott. Irving’s reasoning for this was simple. With the Coronavirus and racial injustice happening throughout the country, it was apparent that changes needed to be made and that the players could make a bigger difference off of the court, than on it.

Irving was slandered all throughout social media for this stance, especially on platforms like ESPN who rely on sports to bring in advertiser dollars. Eventually, the players decided to enter the bubble and so far, we have received a month-straight of incredible basketball. Yesterday, however, that all came to a screeching halt as the Bucks and every other team playing on Wednesday, opted to boycott their games following the shooting of Jacob Blake.

While the league is set to resume play very soon, there was a moment where it seemed like the season was going to be completely canceled as the players were fed up. NBA Twitter was in full support of this and even shouted out Irving for his forward-thinking mindset from just a couple of months ago. Fans demanded that Irving receive an apology from the critics, and you can see these reactions, below. 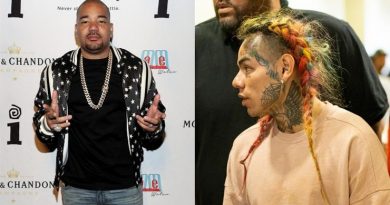