Pop Smoke’s tragic passing early last year left the world mourning the late Canarsie rapper inevitably. Known for his impact on the New York City drill movement and his distinct vocals, Pop Smoke has maintained a heavy presence in the industry a year removed from his death, with numerous posthumous hits under his belt. Now, Pop Smoke’s older brother Obasi Jackson is paying tribute to him via Instagram live with a spot-on impression of the late rapper’s flow.

“I really do a good impression,” he said to someone off-camera, “of Bashar,” he continues, referring to Pop Smoke by his real name. “Nah, I can like sound like him when he does his songs, like when he’s rapping,” he explains. “I mean, I don’t do it perfect but I could do it. Like when he was alive, when he was here I did it for him one time and he turned around like this,” he said, doing a shocked expression before physically warning him to slow down before he steals his job.

“I could do it, wait,” he says before switching to his Pop Smoke impression instantly. Obasi then proceeded to rap a few lines of Pop Smoke hit single “Dior,” shocking followers with his scarily accurate impression. “You dead ass sound like him,” said one viewer. Another viewer simply wrote, “Omg Obasi.”

Let us know what you think of Obasi’s impression of his brother in the comments. 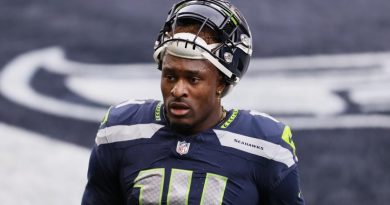 Gordon Hayward Had Jazz Fans In Their Feelings Last Night