Pop Smoke’s former label head Steven Victor says that he should have been nominated more than once, shading D Smoke in the process.

This year’s GRAMMY Nominations have proven to be a hot topic all week long, with artists and executives voicing their opinions on what the Recording Academy got wrong. The loudest response has come from The Weeknd and his fans, who are astonished that the singer didn’t receive a single nomination, despite his top-selling album After Hours and his record-breaking song “Blinding Lights”.

Another name that people are upset wasn’t nominated more than he was is Pop Smoke. The late rapper dominated much of this year– first with his Meet The Woo Vol. 2 mixtape and then with his posthumous album Shoot For The Stars, Aim For The Moon.

Pop is nominated in one category, for his high-powered track “Dior”. But people are disappointed that the Academy chose not to recognize him in the Best Rap Album category, among others.

Steven Victor, the head of Victor Victor Worldwide, Pop’s former label, is officially speaking out about what he sees as a snub, giving a new interview to GQ.

“I think the Grammys is cap, bro. No disrespect, but who is D Smoke?” said Victor, shading one of this year’s most spirited rappers, who definitely deserves more worldwide recognition. “This is an artist—I’m not saying he started a genre, because he didn’t start drill music—but [Pop] bought drill music to the forefront and made it mainstream. He had a huge impact. Forget about whether he passed away, his impact was felt way before that. He was going to be a superstar.”

Victor went on to further critique the awards show, wondering why he wasn’t chosen in select spots, like Best Rap Album and Best New Artist.

Steven Victor does state that Pop’s family is pleased that he got at least one nomination. However, he’s peeved because he knows this was the artist’s only chance to be recognized on such a grand level. 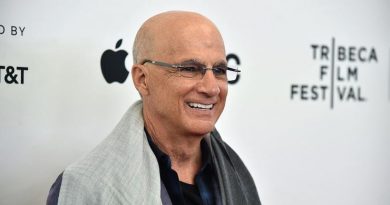 Kyrie Irving Explains Why He Burned Sage Prior To Nets Game