the FF Force (Forever Family Force) marched through London demanding Britain make amends for generations of African slavery. The peaceful protest saw a number of small action groups come together to bring Brixton to a standstill, but it was the Forever Family group that made the most striking impact. A promotional video shared by the group – whose members resembled the Black Panther revolutionary activists of 1960s America in yesterday’s protest – states that said they are ‘united in the battle against racism, inequality and injustice’. Posted By Persist 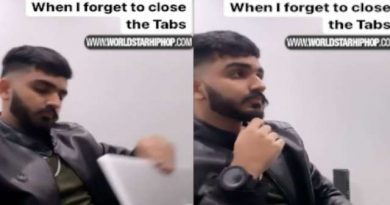 Lol: When You Get To Class & Forget You Didn’t Close The Tabs On Your Computer From Last Night! (9 Sec Skit)

Start Carrying Ladies: Woman Gets Harassed At A Gas Station By Group Of Fellas!