Safaree Samuels and Erica Mena seemingly break up (again) and share insulting messages to one another on social media.

Safaree Samuels and Erica Mena are seemingly hungry for attention this week, dissing each other on social media and claiming that marriage was one of the “biggest mistakes” they ever made.

Taking their relationship issues to Twitter, Safaree started some drama when he wrote, “I mean this from the bottom of my heart getting married was 1 of my BIGGEST mistakes and it will never happen again. I’m walking away before I End up in jail over some dumb sh*t. Nobody is worth my freedom!!!”

Erica Mena fired back with some shade of her own, writing, “Since you always run to social media like a little girl I might as well join in. I absolutely agree with you on this. You are the most selfish, vain and inconsiderate person. And not just with me but your only daughter! Out of RESPECT for my daughter and to honor my growth as a woman. I’m going to get back to doing what I do best. Make money and be only about my business. Entertaining social media with my issues isn’t my thing.”

Back in November, Safaree made headlines when he teased a divorce from Erica Mena, claiming that he was single on Instagram and tagging Divorce Court in the picture before admitting that it was fake. A few days after, Mena teased Safaree that he could “never” leave her. The two continued their strange relationship when Safaree told Erica that he doesn’t want more kids with her in January because she got “too fat” during her pregnancy. This is seemingly the latest chapter in their never-ending nonsensical marriage.

Do you think it’s all for clout? 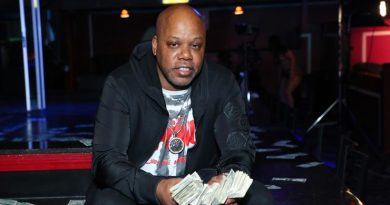