Saweetie did an interview on the same day she announced her split from Quavo, which was published today.

On the same day that Saweetie publicly announced that she had broken up with Quavo, she was back at work, posing for photos as part of her latest feature with W Magazine. In fact, when she sent out her tweet telling the world that she was single, she was sitting in the makeup chair and getting dolled up for her shoot. Part of the interview was conducted on the same day, during which Saweetie addressed the public’s reaction to her breakup.

“I’ve learned that the world doesn’t stop for anybody,” she said, reflecting on how her post was blowing up on Twitter. “And it’s for sure not going to stop for me just because I got my heart broke. I was grateful to be doing the photo shoot. I was like, I can deal with all this later.” She later told the interviewer that she had stopped reading the comments about her split, adding, “I could give my attention to something that could drain me, or I could focus on what would empower me. And that is this shoot.”

The interview, which was published today, deals largely with Saweetie’s upcoming album release for Pretty Bitch Music. The Bay Area-based rapper kicked off the album rollout with the first season of her Pretty Summer Playlist, which included new songs featuring Drakeo The Ruler, Kendra Jae, and more.

Read Saweetie’s feature in full at the link below. 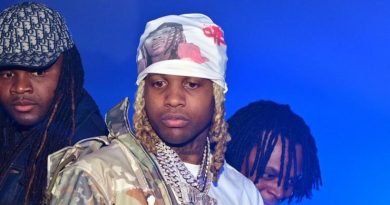