Three teens were using the app’s speed filter as they drove 120mph before crashing into a tree. All three died in the accident.

In 2017, three teen boys in Wisconsin were reportedly doing a bit of joyriding. Reports state that they were reaching speeds upwards of 123 miles per hour, and as the driver pushed the car to go faster, a passenger opened the Snapchat app to record the speed. At the time, Snapchat had a filter that captured speeds in real-time, and NPR reports that the teens raced down a “long, cornfield-lined road” with the hopes of their video going viral.

Instead, the 17-year-old in the driver’s seat lost control of the vehicle and the car crashed into a tree killing all three. The families of the victims have been battling it out in court with Snapchat because they believe that the app should be held partially responsible for the teens’ deaths. The parents sued Snap, Inc., alleging that the filter encouraged people to engage in reckless behaviors.

Tech companies have been able to dodge lawsuits such as these under Section 230 of the Communication Decency Act that grants them immunity. Companies aren’t held responsible for what people post online that could cause them harm, but a three-judge panel ruled that Section 230 doesn’t apply because the case isn’t highlighting what was posted, but the design of the app and the filter, itself.

“Snap indisputably designed Snapchat’s reward system and Speed Filter and made those aspects of Snapchat available to users through the Internet,” Judge Kim McLane Wardlaw reportedly stated. “This type of claim rests on the premise that manufacturers have a ‘duty to exercise due care in supplying products that do not present unreasonable risk of injury or harm to the public.'”

“It’s a triumphant day to see that an Internet company can be held responsible for products that are defectively designed,” said victims rights lawyer Carrie Goldberg. “The biggest hurdle in personal injury law is getting in front of a jury, and this could lead to that situation for multi-billion-dollar technology companies.”

Do you think Snapchat should be held partially responsible for the deaths of the teens? 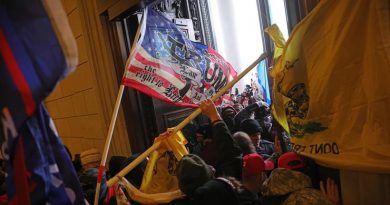 DaniLeigh Will No Longer Clear Up Rumors About DaBaby Romance: “I Don’t Really Care”