Florida is a hot spot during the spring break but it’s also facing the Coronavirus pandemic heavily. According to Sun-Sentinel, many have ignored the advice of health officials to practice social distancing as beaches in Clearwater, FL were packed with spring breakers. Journalist Sarah J. Hollenback shared photos from one beach where everyone was acting as if it was business as usual. Clearwater officials reportedly won’t vote to close down beaches until Thursday.

Photos arrived shortly after Donald Trump announced people should avoid gatherings with more than 10 people. WFLA news reports that Florida has seen an uptick of nineteen cases over the weekend, bringing the total to 150 confirmed cases. Clearwater, FL clearly hasn’t followed the leads of Miami Beach and Fort Lauderdale that announced their closure over the weekend due to the novel coronavirus.

“We cannot become a petri dish for a very dangerous virus,” Miami Beach Mayor Dan Gelber said. “Spring break is over. The party is over.”

The rule will stay in effect until at least March 19th but it seems guaranteed that it will be extended given the recent developments. Fort Lauderdale, for example, will be closing its beaches down until April 19th.

As the Coronavirus pandemic seemingly gets worse by the hour, Donald Trump announced that officials will have it under control by July or August. It looks like he won’t be a hot girl summer after all. 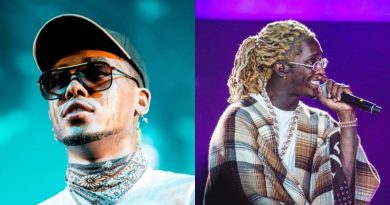