He explained how he came to that conclusion & insisted it isn’t because Biggie passed away.

Opinions regarding who deserves the “Greatest Emcee of All Time” title are plentiful, and Styles P is dropping off his thoughts. There are a handful of rappers who are continuously included in those “Top 10” lists that name of “Best Rappers,” and during his appearance on the Bigface Gary Show, Styles shared that there is only one person who is truly deserving of that top title.

“Biggie is the greatest emcee that has ever existed,” said Styles. The host contested that the rapper only formed that conclusion because Biggie passed away. Styles P rejected that take while the host said he loves Biggie. “No you don’t,” said Styles. “You don’t love him enough to understand.”

Gary also brought up everyone’s love for Jay-Z and other notable rappers. “I’mma give you why,” explained Styles. “The evolution from each of those three’s first album to the second album, big wins on the evolution tip. I didn’t say either one of them albums got better, ’cause each one of those emcees I respected their second album as much as the first, which make me fall in love with them as a fan, as an emcee to go, solid, they did it again. I know it’s real. I know what’s going on.”

“But Big’s second album was global. Do you understand what I’m sayin’?” asked the rapper. “Global. That was a different—he hit a different chamber and level to even have the audacity to say my second one is gonna be my second and third one.” Styles P is, of course, referring to Life After Death, the double-disc record that was released a little over two weeks after Biggie was murdered in 1997.

The album hosted several of our favorite Hip Hop classics including “Mo Money Mo Problems,” “Going Back to Cali,” “Notorious Thugs,” “Hypnotize,” “Sky’s the Limit,” and “Ten Crack Commandments.” Features included Mase, 112, Faith Evans, Bone Thugs-n-Harmony, The LOX, Jay-Z, Lil Kim, and many more. Check out Styles P’s clip below and let us know if you agree that Biggie is the greatest emcee of all time. 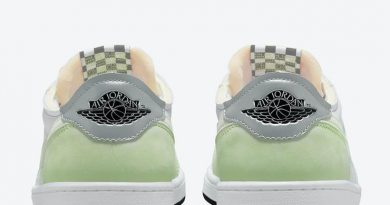 6ix9ine Donation Will Happily Be Accepted By Charity: “We Welcome It”