A sheriff’s deputy in Southern California has been taken off duty after surveillance video showed him kicking a suspect in the head after the man appeared to surrender. The deputy, who has not been identified, was placed on administrative leave. A criminal investigation, as well as an administrative investigation, is being conducted. Posted By Persist

Nigerian Man Arrested After Bussin’ Shots From His Balcony While Listening To Hit Em’ Up! “F*ck Biggie F*ck Badboy..F*ck It” 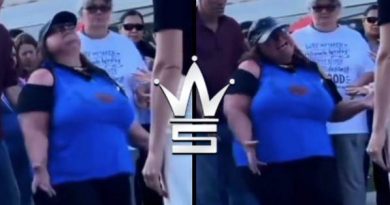 TF Going On Here? Woman Is Possessed With Some Different Type Of Demons!

Foot Fetish Is A Real Thing: This Man Went Around Asking Random Women If He Can Smell/Lick Their Feet All Through Out College Campus!