This Titan x Air Jordan 23 collab is slated to drop later this year.

Michael Jordan’s number 23 will forever remain iconic in the world of basketball. As a member of the Chicago Bulls, MJ won six titles and was considered to be one of the best scorers ever. He was also an incredible defender who played both sides of the court to perfection. His abilities allowed him to have his own sneaker line that continues to drop new shoes well past his retirement from the game. One of those sneakers is the Air Jordan 23 which was made as an homage to his iconic number.

Over the last few years, we haven’t seen many Air Jordan 23 colorways although it looks like Jordan Brand is ready to change that. This past week, we reported on an upcoming collaboration with Titan, and thanks to @zsneakerheadz, we now have some full photos. As you can see, the shoe has a white base with some blue material placed on top. From there, we get some yellow patterns and even red thrown into the mix for good measure.

This is a pretty unique model and if you’re hoping to get your hands on them, it seems as though it will be dropping sometime in the Fall. With this in mind, stay tuned for updates as we will be sure to bring them to you. 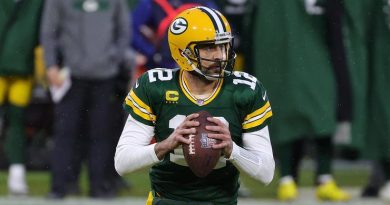