With albums from Ab-Soul, Jay Rock, ScHoolboy Q, Kendrick Lamar, Isiash Rashad, and SZA in the works, TDE has once again stoked the flames of hype.

It’s been so long since Top Dawg Entertainment has released something from one of their longtime artists that it feels as if the fateful day will never arrive. What once amounted to delirious hype has since faded into a jaded sort of hopelessness, one that fans have essentially adopted as a defense mechanism. After all, one can not be disappointed about an album that one has already accepted will remain in a perpetual state of limbo. And yet every so often, the legendary label provides the slightest teaser, which inevitably provides a spark of life once more.

Today, that spark comes by way of an intriguing TikTok post from the official Top Dawg Entertainment account, one that depicts a loading bar gradually climbing from zero to one-hundred. Of course, it’s entirely possible that TDE is simply welcoming themselves to TikTok in a stylistic fashion — but seeing as new music from Isaiah Rashad, Kendrick Lamar, Jay Rock, Ab-Soul, ScHoolboy Q, and SZA are all due for release, the optimists among us have chosen to take this as a sign.

More specifically, a sign that TDE is once again gearing up to reclaim their spot as the rap game’s dominant label. Should this mysterious post indeed herald the dawn of a new era, perhaps further news on TDE’s most anticipated releases will be soon to follow. After all, something has to give, does it not? Albums that are being worked on must come out eventually. If only TDE would follow the Marvel Cinematic Universe’s lead and outline a roadmap of their future plans…

Check out TDE’s inaugural TikTok post below, and allow your hopes to be adjusted accordingly. 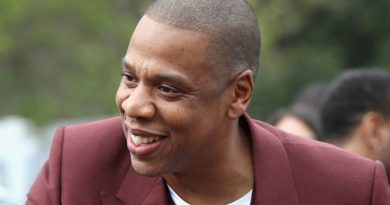 Asher Roth Returns With ‘Flowers On The Weekend’ Album