According to an outlet, the two have been seeing each other for months.

There is a new Hollywood romance that has bloomed and it’s taken some people by surprise. Torrei Hart has emerged from the shadows of just being “Kevin Hart’s ex-wife” and the mother of his two eldest children and has built her own brand. Kevin has given the world access to his personal life not only as a celebrity but through his stand-up comedy shows. He would speak about his marriage to Torrei for laughs, but later, the two would divorce amid allegations of infidelity.

As the years have moved on, Kevin has welcomed two more kids with new wife Eniko, but Torrei has kept hush-hush about the development of her romantic life. On Friday (April 30), Torrei switched things up and shared a cute photo of herself posing next to actor Darius McCrary.

McCrary may be best known for his role as Eddie Winslow on the classic hit sitcom Family Matters, but he’s been adding to his resumé for decades. The Neighborhood Talk shared that they have been sitting on this news of Torrei and McCrary dating for months now. “Darius wanted something real,” the outlet claims a source told them a few weeks back.

Meanwhile, in the caption to her picture, Torrei wrote, “Happy birthday to my partner, friend, mentor, and get money buddy!!!! This is just the beginning. @dariusmccrary.” McCrary hasn’t been too vocal about his romances, either, aside from his highly publicized relationship with Karrine Steffans.

Check out Hart and McCrary below.

Nicki Minaj Says Her Husband Is Unaware Of Hate Against Him 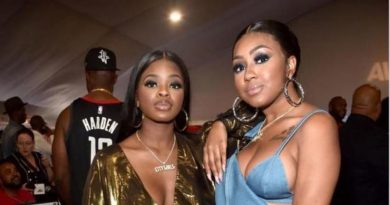