Tory Lanez thinks the country is re-opening because the government is losing money, not because it’s actually safe.

Donald Trump and other world leaders have had difficult decisions to make in the last several months. With the pandemic still in full swing, the movers and shakers in world politics were forced to decide what was more important: money or the safety of their residents. For the first two months of the coronavirus outbreak, the latter took precedence but, now that things have taken a serious toll on the economy, it appears as though the focus has been shifted.

There remains no vaccine to prevent COVID-19 and we aren’t expecting one to be offered anytime soon. However, businesses are beginning to re-open and restrictions are being enforced less and less. Despite there still being so much uncertainty about the virus, the world must go on. Tory Lanez is of the opinion that, just because things are less grave than they were in March and April, we’re not safe yet.

“They re-opening the country because they losing money … not because it’s safe outside,” wrote the rapper on Twitter, earning tons of critical comments with many issuing this a hot take.

Clearly, people are getting tired of staying home and not having fun after nearly three months of this, but it’s important to realize that we’re not in the clear yet. There is still a major pandemic happening and lives are at stake. Be smart. 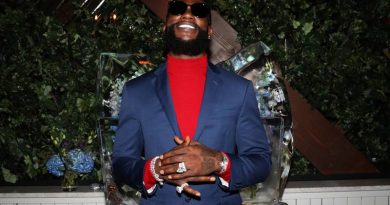 Megan Thee Stallion Was Ready To Send This Creep To Jail