Travis Scott and Kylie Jenner got really close during their recent club night out.

Travis Scott really loves his birthday. The 29-year-old celebrated another turn around the sun this weekend, making sure to link up with the love of his life for a long night of dancing, raging, and more fun. Judging from how things turned out on Kylie Jenner’s Instagram story, it’s safe to say that Stormi’s parents enjoyed the night out.

In a video posted to Kylie’s page, the socialite can be seen partying with the father of her daughter, Travis Scott. The two turned up to one of Future’s songs at the club, where Travis could be seen wearing one of his new Utopia chains. At one point in the video, which looks like it was filmed by a very drunk Jenner, the billionaire sticks out her foot, which Travis repeatedly taps with his hand. That’s probably some sort of inside joke that we’re missing, but it definitely looks like they had a ball.

Considering how close the two were all night, many are theorizing that it’s only a matter of time before Travis and Kylie announce that they’re getting back together. They have remained close friends throughout their split, co-parenting their daughter as the rumor mill continues to implicate them years after their breakup.

Do you think Travis and Kylie had a good night? Could they be getting back together? Watch the video below.

Al Harrington Speaks On Viola Collaboration With T.I. & How Rappers Are Embracing His Cannabis Movement 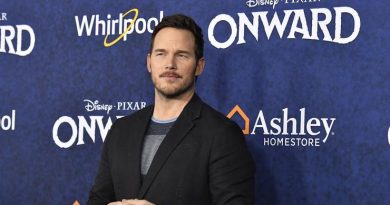