James Harden had an incredible run with the Houston Rockets, serving as their star player for the last eight years. However, all good things must come to an end. For the entirety of this season, Harden has been disgruntled after he seemingly requested a trade elsewhere during the offseason. He was surrounded by controversy after quarantining at the beginning of the season when a video showed him partying without a mask at a strip club.

This week, the shooting guard voiced his hopelessness with the team following two blowout losses to the Los Angeles Lakers, telling reporters that the Rockets “just aren’t good enough” and saying that he’s done just about everything he can with the team. The day after, he was officially traded to the Brooklyn Nets in a blockbuster deal, rejoining his former teammate Kevin Durant and the currently-absent Kyrie Irving. Houston native Travis Scott, who is friends with The Beard and has written rhymes about him, doesn’t appear to be upset with Harden’s departure at all, shouting him out and celebrating him on Instagram.

“Big steppa,” wrote Travis on a recent picture of him and Harden. James liked the picture, so it appears as though their relationship will continue regardless of the team he’s playing for. Still, Travis will probably be rooting for the Rockets to win.

The loss of both Russell Westbrook and James Harden is definitely a heartbreaker for Rockets fans but the additions of John Wall and Victor Oladipo give them a lot to look forward to.

Are you excited to see James Harden play again with Kevin Durant? 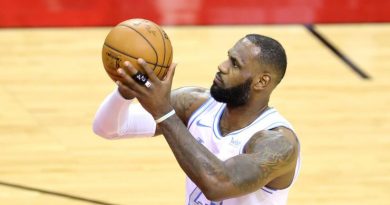