Universal Orlando has a fourth park on the way.

Universal Orlando is officially opening a Nintendo-based park scheduled for 2023, according to USA Today.

The park includes rides, shops, Nintendo characters, interactive games and more. “Power up bands” will be available for purchase that allow visitors to engage with an interactive app supplementing their park-going experience. They will be able to collect coins around the premises, similar to Nintendo video games.

“You’re not just playing the game; you’re living the game, you’re living the adventure,” Thierry Coup, the senior vice president and chief creative officer at Universal Creative, said in a statement. “Nintendo’s most iconic locations and experiences will be brought to life, including Mushroom Kingdom, Peach’s Castle, an incredible Mario Kart ride, Bowser’s Castle – and more.”

“Nintendo, based on our research, is the biggest potential driver in attendance you can have in terms of intellectual properties,” said Comcast executives during a call with Forbes. “It’s up there with Harry Potter, and in some of our parks, HP drives incremental attendance of 2 million people.”

The Orlando Business Journal reports that Universal is expected to open Super Nintendo World parks in California and Singapore as well.

DaniLeigh Just Bought Her Family A Home In The Dominican Republic 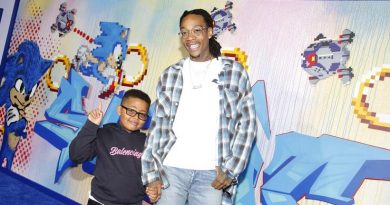